The Key Drivers behind Digital Banking in Vietnam

Vietnam’s Digital Banking, while still in its infancy, has shown enormous potential. Long gone are the days customers have to visit physical branches every time they have to do paperwork or draw cash. Especially during and after the peak of the Covid pandemic, Digital Banking has proven how convenient and helpful it can be. It is reported that 94% of Vietnamese banks are working on Digital Transformation, while 42% see Digital Transformation as the number-one priority.

In this article, we will explore all the factors that prompt the development of Digital Banking in Vietnam.

2. A booming economy and favorable demography

3. A high level of Digital Literacy

Digital Transformation on the rise

Meanwhile, digital-only banks are banks that operate exclusively on digital platforms: smartphones, tablets, desktops, and the Internet. They have a hyper-focus on personalization and Customer Experience. Timo by VPBank is a prime example.

A booming economy and favorable demography

Vietnam is going through many major economic and demographic changes. These changes in the economy and demography are also the key factors that facilitate Digital Banking.

As for the economy, Vietnam's GDP is expected to grow by 6.5%, which is among the world's fastest. One other forecast stated that the GPD per capita (per citizen) will skyrocket to the range from $4,700 - $5,000 in 2025. As citizens earn more income, their demand for digital services and products will grow accordingly.

In the meantime, Vietnam is becoming a "younger" country. 30% of the population of 90 million is somewhere between 15 and 64, which mostly are Millenials and Gen X. Born in the digital, they have access to modern technologies from a very young age and thus require financial and digital banking to also of high-tech quality.

Vietnamese citizens, in general, have a high level of digital literacy (the ability to understand and use digital technologies such as smartphones, computers, or the internet). They are more than ever willing to adopt online banking & financial services to ease their lives. This change in behavior opens up new opportunities for Digital Banking.

Today, it’s hard to find someone who doesn’t own smartphones: the internet presents everywhere across the country, with 60% of the population using it. The penetration rate of smartphones is at an all-time high, with 84% of city dwellers owning one or more smartphones.

Vietnam’s eCommerce is also growing fast, achieving total revenue of $6 billion in 2020. This sector is another driver that prompts the use of Digital Banking applications as customers need them to conduct online transactions. 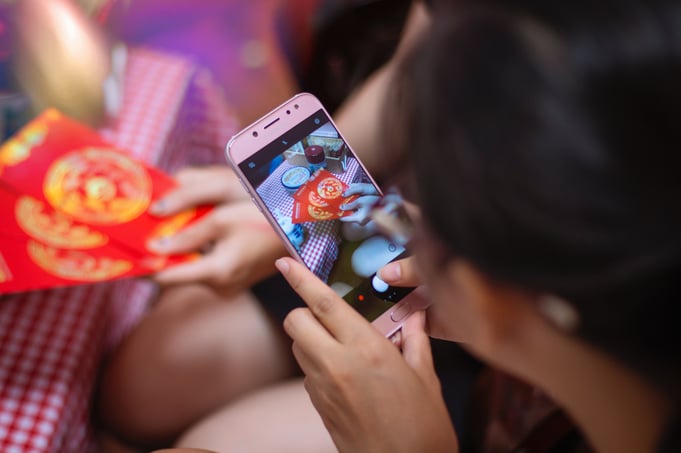 Though being recognized as one of the rapidly growing countries, Vietnamese people are largely unbanked and underbanked. According to World Bank, only 30% of the adult population has bank accounts. The use of credit cards is extremely rare, with only 2% of the population subscribing.

Network coverage is increasingly widespread in Vietnam. The main telecommunications companies include Viettel, VNPT, and Mobifone. Mobile technologies are also developing fast as it is reported that 95% of Vietnamese households have 4G networks.

After 3 years of trials, The Ministry of Information expects to commercialize 5G services this year in 2022.

Banking technologies are greatly encouraged by the government and regulators.

Back in March of 2017, the Fintech Steering Committee was established by SBV. The purpose of this committee is to create a favorable framework legal and economic framework for fintech to grow.

The Prime Minister of Vietnam also announced the issuance of Decision 986/QD-TTG, approving the Banking Strategy “Development strategy for the Vietnam banking industry to 2025 with the vision towards 2030”. The strategy aims to encourage, among others:

Cashless payment: the non-cash method of payment has been prioritized by SBV and the government for many years. In particular, the director of the Central Bank’s payment department has said in a press conference that the ratio of cash to total payments has decreased steadily. In 2019 alone, online payment increased by 64% in terms of the number of transactions, and by 37% in terms of values. Meanwhile, mobile payments grew by 198% in transaction numbers and 210% in value. The Banking strategy also specifies actions to expand the ATM and POS networks. One of its targets is to reduce the ratio of cash to the total payment to less than 10% in 2020 and 8% in 2025.

Financial inclusion: The government planned to improve access to banking services for citizens across the country, through the Decision 1726/QD-TTG. Furthermore, banking has the potential to spread more widely, as the strategy encourages banks to bring their banking and financial services to the unbanked, under-banked, and disadvantaged people, and people living in remote and rural areas.

For the banking industry, the action plan aims at 4 objectives:

If you want to learn more about Digital Banking and how your banks in Vietnam can embrace it, subscribe to our newsletter.

What is Digital Banking? Everything you need to know about it.