Mobile App Development Costs in 2023 that You Need to Consider 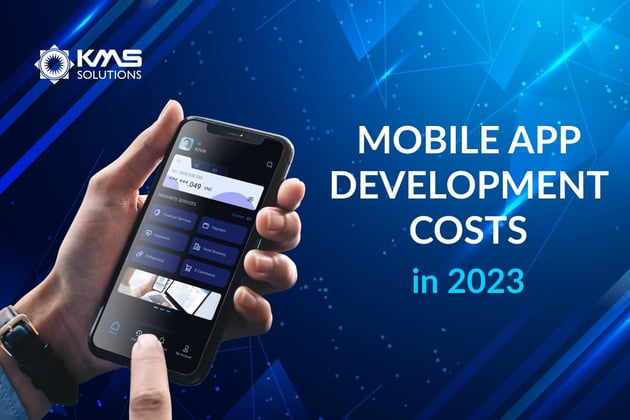 With the anticipation that 6.8 billion global users will use smartphones worldwide in 2023, mobile apps are pervasive in the modern world. Seizing this growing trend, many corporations have joined the competitive race of mobile app development. However, understanding the development cost is essential when building a mobile app from scratch besides an app idea and its functions.

A recent report indicates that the tentative cost to build an app in Australia is $50,000 to $250,000. Yet the actual costs will vary depending on different factors such as the type of app, features, platforms supported, complexity, level of polish and location of the development team. In the article, you’ll discover an app development cost breakdown and an estimation of the mobile app development process.

Factors Affect the Costs of Building a Mobile App

Ways to Reduce the Development Costs

The average cost to create an app comprises expenditures from the early phase of initial planning to the app’s public release, which can be separated into four primary stages: 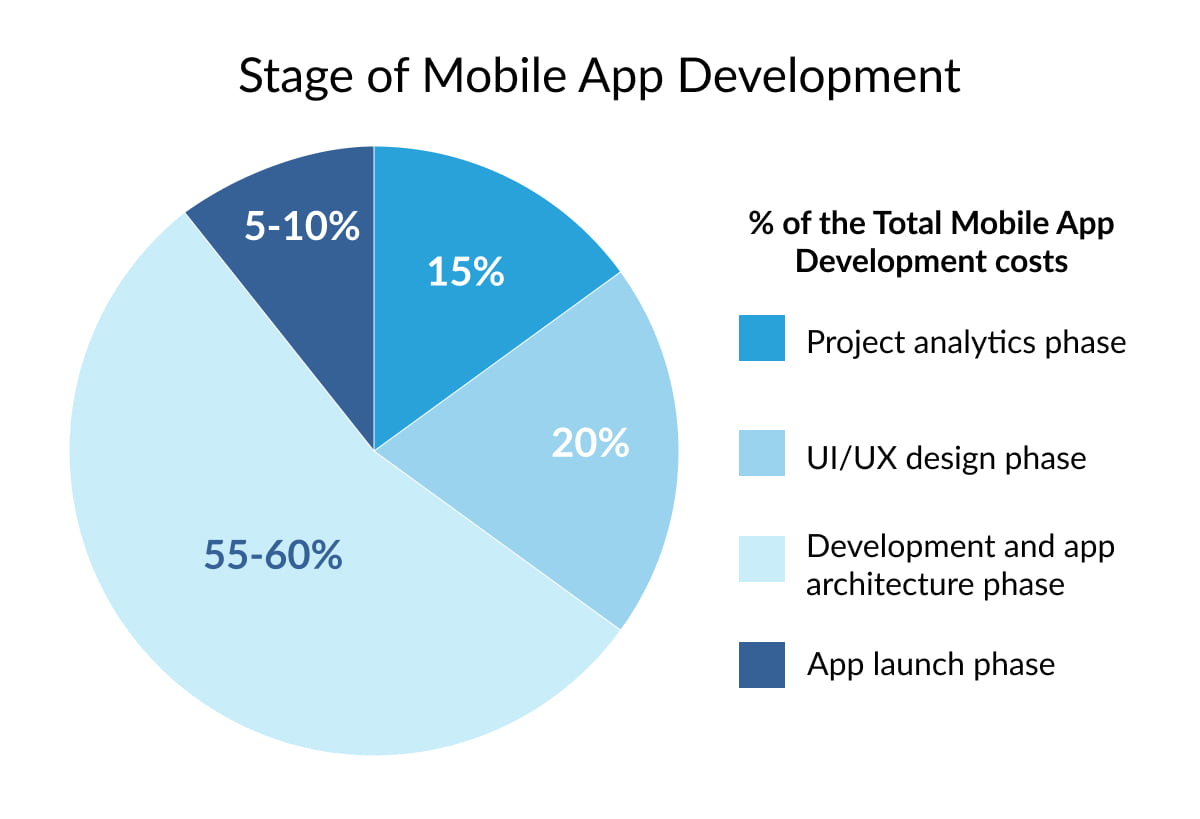 Factors Affect the Costs of Building a Mobile App

To better understand what goes into the typical cost of developing a mobile app and why one app costs $50,000 while another costs $250,000, let's look at the components that influence the price of the final product:


The app type is probably one of the biggest elements influencing the development cost. There are three common categories of mobile apps: Native, Web, and Hybrid. Each type is different based on its requirements, business logic, and functionalities.

Here is a comparison table highlighting the distinction between mobile app types:

The number and complexity of features are other significant aspects influencing development expenses. Simpler and smaller apps may take less time to develop and release; however, the development time and cost may grow if you want to integrate advanced features into your mobile app. Thus, it’s critical to clearly determine:
The app's complexity level is determined by the features and integrations you select, as well as how you have an app produced.

Besides some common features that can be embedded in every mobile app, you also need to consider their typical features of them to ensure it works properly. Here’re some key features required for different types of mobile apps:

Mobile apps with dissimilar numbers of features and at different levels of complexity will affect the cost of software development.

Taking banking app development as an example, in addition to concentrating on key features it must have to function appropriately, you also need to pay attention to security concerns with sensitive user data. Thus, the expenses for banking app security features and security testing will be higher in comparison to other kinds of mobile apps.

Apps for iOS and Android are developed in separate programming languages. In fact, creating an app that supports both platforms takes more time and money than building just one.

You may even implement a stair-step strategy, developing an app for one platform and then porting it to another. For example, Instagram, which was originally released on iOS in 2010, only became available to Android users four years later, in 2014.

However, you’ll need to consider the publishing charges of these two operating systems:

Polish can be implemented to every aspect of an app and has a significant influence on the cost of development. Common levers include user interface (UI) design, server architecture, animations and interactions, and tablet optimisation. The more polish you apply, the greater the expense.

Apps usually go through several lifecycles, with additional polish added at each stage. Rarely will the initial version of an app launched to the public be entirely functional and polished. The first release for most businesses is often a simple proof-of-concept app. This is a basic, low-cost version of the app that is used to analyze the viability of an idea. In this manner, you may ensure that there is a demand for your mobile app before investing additional money in future development.

Here are some examples of common app lifecycles or stages. As you move through the phases, the development cost will rise progressively:

The location of your app development also plays a significant role in the cost.  Mobile app development cost is more affordable in certain regions than others, owing to differences in programmers' hourly rates. Here’s how much developers from separate regions charge on an hourly basis: In Australia, the costs of labour are relatively high compared to other countries in Asia, such as India, Vietnam, and the Philippines. Therefore, you can think about outsourcing app development due to its several advantages, including

The design and programming costs are not the only expenses you'll incur when building the app. There’re also expenses that are elusive at the onset of product development. Albeit hidden, they’re salient to developing a robust mobile app, ensuring it remains functional and assisting it in reaching target users.

Here’re some costs related to mobile app development that you should pay attention to:

Ways to Reduce the Development Costs

Getting started with Minimum Valuable Product (MVP) allows you to evaluate the app’s concept with real users on a small scale and on a tight budget through the prototype based on your app's must-have features. By collecting feedback from customers, you can have ideas to optimise the budget of the app’s full version.

Supporting a large number of old models that are no longer used widely in the market may cost you significantly. Therefore, finding a balance is needed. You should consider the potential amount of money that users of old models can bring to your company and the maintenance costs to support those customers.

Since code can be written anyway, hiring IT partners from other regions can result in lower development costs. Moreover, since building an internal development team needs several processes and is difficult for you to ramp up/ scale down, outsourcing mobile app development is one of the best ways to help you access the latest technology while ensuring a modest budget. What you’ll need is to clearly analyse your project requirements and find a suitable mobile app development vendor. Check out this Checklist for Selecting Software Development Vendors!

Researching and choosing a reliable app development partner can be challenging. As you may need to consider many elements, it can be overwhelming at times. However, the mobile app development experts at KMS Solutions can assist you in developing a secure and scalable mobile app on your requested budget.

Besides offering the most talented IT specialists for the whole life cycle of your app development, KMS Solutions is also based in Melbourne. The highest quality output on every project from a leading Australian company in app development.

Contact us to get your demanded app development costs and plans.

Banking App Development Cost: All the Expenses You Need to Consider