Why you should choose Vietnam for software outsourcing destination 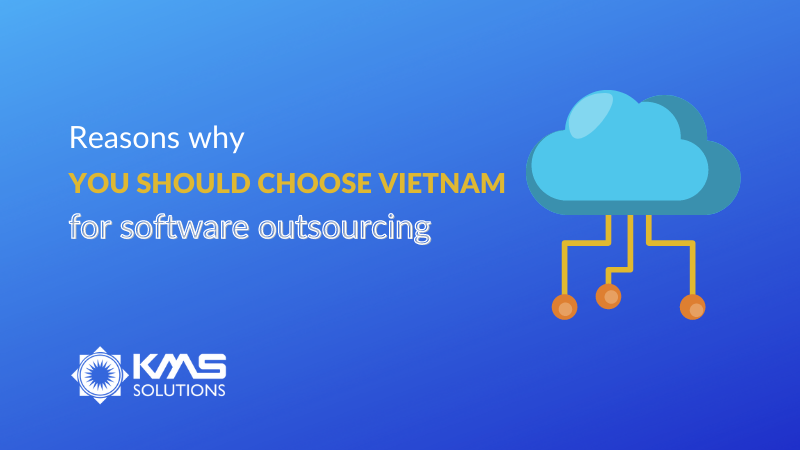 IT outsourcing is becoming increasingly popular as an efficient, cost-effective, and expert solution for meeting the demands of software development, testing, maintenance, and operations. IT outsourcing companies provide skilled personnel and advanced technology infrastructures, and cost-savings.

The majority of them are called offshore organizations, and often found in Vietnam, India, or other countries in Southeast Asia. The trend around IT offshoring and outsourcing continues to grow. The reason is that IT outsourcing provided services at lower costs than what clients could do the work in-house. The arrangement benefited both the service provider and the client.

The phenomenon of global outsourcing of activities to developing countries by businesses in developed countries has gained significant importance in recent years for both policymakers and politicians. Although there is no strict definition, "IT outsourcing" refers to the strategic use of external resources to carry out IT activities that were previously handled by internal staff and resources. Thus, it entails businesses entering into long-term contracts with specialized software outsourcing service providers, usually located in another country, to perform major functions for the company. The primary goal of outsourcing is to reduce global business costs while maintaining competitiveness.

Vietnam is rapidly emerging as a dynamic Asian destination for the development of low-cost high-quality software. The country benefits from an extensive talent pool with the lowest labor cost compared to other IT outsourcing competitors, as well as a safe, stable government environment. The government also has incentivized the IT sector with several legal and financial packages. 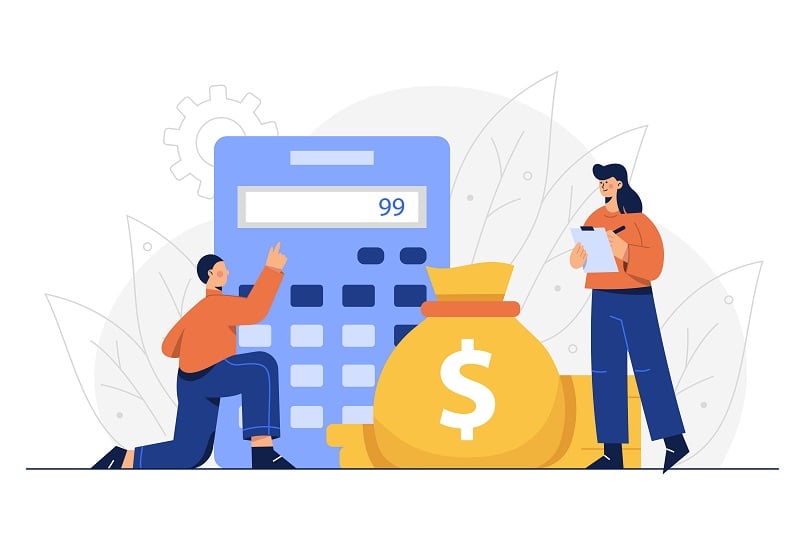 Hiring offshore software developers in Vietnam is approximately 9 times less expensive than that in Europe or the United States. When compared to India, developing software in Vietnam is one-third to one-seventh the cost. Local programmers can be hired for an average of $4,000 per year. IT professionals with two to three years of experience earn around $5,400, while managers with five to eight years of experience get around $8,500.

Furthermore, office or co-working space in Vietnam is inexpensive. These are compelling figures for companies to begin outsourcing development to Vietnam.

Additionally, Vietnamese tech workers are always up to date with the latest technology, such as Blockchain, Internet of Things (IoT), Machine Learning, Cloud Computing, and so on, and are willing to work at low pay. As a result, the cost of developing an app/website in Vietnam is significantly lower than in other countries.

Human capital is the foundation of all projects. The potential of software developers is of high concern, particularly in offshore IT outsourcing, where techies and the expertise they bring are commodities.

Vietnam has a population of over 97 million people and ranks 15th among the top 20 largest countries in terms of population. It’s a young and literate country, with increasing interest in technology. Roughly 60% of the population is 25 years or younger, which assures that a great number of people are joining the workforce.  The young generation is a well-educated, technologically savvy generation. Although technology fields are new to Vietnam's higher education system, they attract some of the best Vietnamese students each year. Vietnam's educational system is biased toward mathematics, which has resulted in a ready supply of talent for the IT industry.

83% of graduates from Vietnamese colleges and universities graduate with science degrees. In addition, Vietnam has 80,000 IT graduates annually, a figure that increases by 9,000 per year making Vietnam a particularly good destination for technology outsourcing. Thousands of students graduate in information technology each year. As a result, there is a large pool of talented, young, dynamic, and skilled software engineers.

Moreover, the lack of fluent English-speaking workforce is also offset by the returning of the Vietnamese diaspora, known as Viet Kieu, who left Vietnam after the Vietnam War. There are up to 300,000 Vietnamese experts living in other countries. These people are highly encouraged by the Vietnamese government to come back to Vietnam and use their skills and knowledge to develop their motherland. In 2007, up to 1,000 came back to the country, whereas more than 2000 invested their expertise in Vietnam while still living overseas. 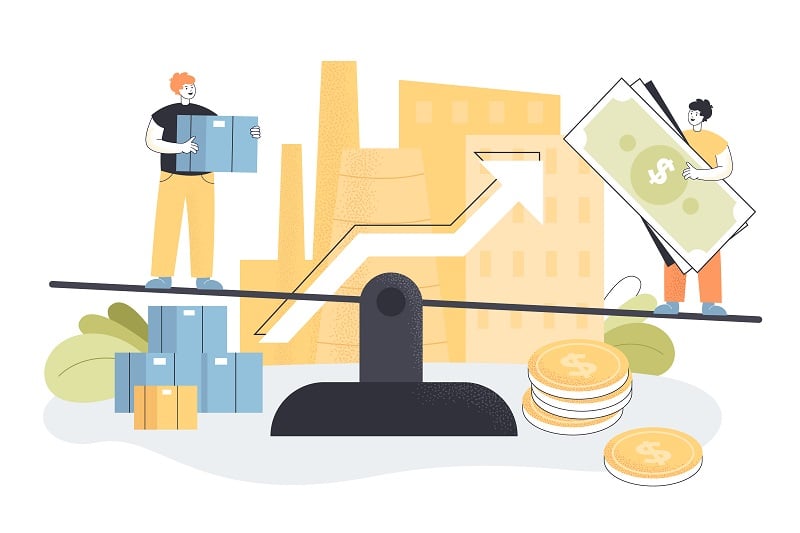 Although the Vietnamese government is still considered oppressive by Western standards, it has proven to be both stable and secure, and it is now widely recognized as "legitimate" by the world's major trading nations. Vietnam has enjoyed political stability for more than thirty years. The current government has been in place since Vietnam's reunification in 1975. The Clinton administration took steps to normalize relations with Vietnam in the late 1990s, signing a broad trade agreement in 2000.

Vietnam has a strong and robust economy from an economic standpoint. Over the last six years, Vietnam's GDP has grown at an annual rate of 7.4 percent. Vietnam has the second-fastest GDP growth rate in Asia. In 2006, foreign direct investment (FDI) in Vietnam was estimated to have reached $5 billion. This economic growth and investment outperforms that of other outsourcing destinations.

Vietnam is also unusual in that there is no ethnic or religious conflict. Almost 95 percent of the population is ethnic Vietnamese, and more than 80 percent has no declared religion. As a result, Vietnam is free of the social and religious conflicts that plague other outsourcing destinations. Relatively positive relations with neighboring countries have been promoted, particularly in the wake of recent concerns. In the days of increased security concerns, it is worth noting that Vietnam was ranked as the safest country in Asia in 2002.

Governmental issues can challenge rapid economic liberalization, however Vietnam is clearly moving to open markets and offer incentives, particularly in the IT sector.

The government had largely abandoned socialist planning by the late 1980s. Following the failure of its economic policies, which resulted in a severe food crisis in the mid-1980s, the communist leadership began implementing a series of reforms dubbed "new thought" in 1988. While many early investors flocked into the market, but initially struggled to profit from Vietnamese investments, the situation has since got better. The local government has learned from early mistakes, and investment from foreign governments and multinationals has helped to create a more positive environment. The IT sector, which the Vietnamese government sees as one of the nation's keys to economic growth, is the clearest example of such progress.

In June 2000, Vietnam signed a decree to build and develop the country’s software industry. Since the decree's signing, the government has offered a variety of financial incentives. The government has kept import duties on IT products low and has implemented a number of tax and other incentives for IT companies. Businesses involved in software development and services, both local and foreign-invested, are exempt from corporate income tax for four years from the date they generate taxable income. Software products will receive a zero VAT rate and be free from export tax. The government permits foreign investment and, more importantly, full foreign ownership of Vietnamese firms in the technology sector.

Vietnam is a natural offshore location, with a growing and youthful IT workforce, low costs, and high aspirations to develop its software services. It has all the ingredients to become the leading market choice in the coming years. However, the Vietnamese government needs to solve problems that challenge the IT sector to help make the country become the most competitive IT outsourcing location in the world.

If your business is looking for solutions related to Software Development, do not hesitate to visit us and learn more about KMS solutions.

Everybody is talking about Agile. Here's why