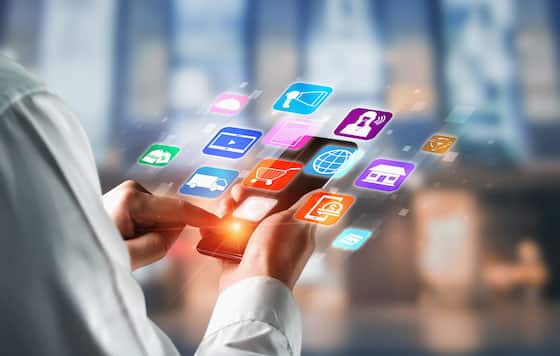 Opening Visual Studio, slapping something together, conducting some fast testing, and submitting to an App Store can all be done in an afternoon. It may also be a lengthy process including meticulous up-front design, usability testing, QA testing on hundreds of devices, a full beta lifetime, and a variety of distribution options.

In this paper, we'll go over everything you need to know about developing mobile apps, including:

The Software Development Lifecycle is the name given to the software development process (SDLC). With regard to the mobile application development process, we'll look at all aspects of the SDLC, including inception, design, development, stabilization, deployment, and maintenance.

This guide is designed to address basic questions regarding mobile application development process for both novice and seasoned app developers. It introduces most of the ideas you'll see throughout the Software Development Lifecycle in a reasonably comprehensive manner (SDLC). This paper, however, may not be for everyone; if you're dying to get started designing apps right away, we recommend skipping through to the Introduction to Mobile Development tutorial and returning to this one later.

In contrast to the 7 steps of the software development life cycle, the app development lifecycle is much shorter. There are generally five primary parts to the procedure, as there are with those:

Many of these parts often overlap; for example, programming may take place while the UI is being finished, and it may even inform the UI design. Additionally, a program may be in the process of stabilizing while new features are being added to a new version.

These stages may also be utilized in a variety of SDLC techniques, including Agile, Spiral, and Waterfall.

The next sections will go through each of these phases in further depth.

Because of the widespread use of mobile devices and the high degree of engagement they generate, practically everyone has an idea for a mobile app. Mobile devices provide a completely new method of interacting with computers, the internet, and even business infrastructure.

The ideation stage focuses on identifying and improving an app's concept. It's critical to consider certain fundamental questions before developing a successful app.

Before submitting an app to one of the public App Stores, keep the following points in mind:

In the case of apps that will be distributed within an organization:

Apps should also be assessed in the context of the mobile form factor:

Defining Actors and Use Cases might be helpful when creating the functionality of an app. Actors are users who play a part in an application. Actions or intentions are commonly used as use cases.

A task tracking application, for example, may include two Actors: User and Friend. A user may make a task and then share it with a friend. In this scenario, generating a task and sharing a task are two unique use cases that will dictate what screens you'll need to construct, as well as what business entities and logic you'll need to develop, in conjunction with the Actors.

It's considerably easier to start building an application once you've gathered a sufficient number of use cases and actors. The development team may then concentrate on how to build the app rather than what it is or should do.

After determining the app's features and functioning, the following stage is to try to address the User Experience or UX.

Wireframes or mockups, created with one of the various design toolkits, are typically used to create UX. UX mockups help you to develop the user experience without having to worry about the UI design:

Wireframes or mockups, such as those created with Balsamiq, are commonly used in UX.

It's critical to consider the interface rules for the various platforms that the app will target while generating UX mockups. On each platform, the software should "feel at home." The following are the official design guidelines for each platform:

In addition, UX decisions are influenced by the hardware. Because iOS devices lack a real back button, the Navigation Controller metaphor is used instead:

In addition, the form factor has an impact on UX considerations. A tablet has a lot larger screen real estate, thus it can show a lot more information. What requires many screens on a phone is sometimes squeezed into a single screen on a tablet:

Due to the variety of form factors available, you may also wish to target mid-size form factors (those that fall midway between a phone and a tablet).

The next stage is to construct the UI design after the UX has been chosen. While most UX mockups are black and white, the UI Design phase is where colors, graphics, and other elements are added and finished. It is critical to devote attention to decent UI design, and most popular applications have a professional appearance.

It's crucial to remember, as with UX, that each platform has its own design language thus even a well-designed app may seem different on each platform:

Typically, the development period begins quite early. In reality, once an idea has matured in the conceptual/inspiration phase, a functioning prototype is typically created to check functionality, assumptions, and to assist define the scope of the project.

The development phase will be the focus of the remaining lessons.

The process of sorting out the issues in your software is known as stabilization. Not only in terms of functionality, such as "it crashes when I click this button," but also in terms of usability and performance. Stabilization should begin early in the development process to allow for course adjustments before they become expensive. Prototype, Alpha, Beta, and Release Candidate are common phases for apps. Different individuals have different definitions for these, but they all follow the same pattern:

It's never too early to start testing a new app. If a big issue is discovered during the prototype stage, for example, the app's UX can still be updated to suit it. If a performance issue is discovered at the alpha stage, it is still possible to change the design before a large amount of code has been written based on incorrect assumptions.

As an application progresses through its lifespan, more individuals are invited to check it out, test it, offer comments, and so on. Prototype apps, for example, may be exhibited or delivered solely to key stakeholders, whereas release candidate applications may be released to clients who sign up for early access.

Typically, delivering directly from a development computer is adequate for early testing and distribution to a small number of devices. This, however, might rapidly become inconvenient as the audience grows. As a result, there are a variety of test deployment alternatives available that make this process much easier by allowing you to invite individuals to a testing pool, distribute builds over the web, and give feedback tools.

App Center may be used to continually develop, test, release, and monitor apps for testing and deployment.

It's time to release the app into the wild after it's been stabilized. Depending on the platform, there are a variety of distribution alternatives.

Apps for iOS and Objective-C are deployed in the same way:

Before being deployed, all Android applications must be signed. Developers use their own certificate, which is protected by a private key, to sign their apps. This certificate can establish a chain of trust between an application developer and the apps he or she has created and distributed. While an Android development certificate may be signed by a recognized certificate authority, most developers choose to self-sign their certificates rather than use these services. Certificates are mostly used to distinguish between different developers and apps. This information is used by Android to aid in the enforcement of permission delegation between programs and components running on the Android OS.

Unlike other successful mobile platforms, Android promotes app distribution in a more open manner. Devices are not restricted to a particular app store. Instead, anybody may open an app shop, and most Android phones support software installation from third-party stores.

This provides developers with a potentially bigger, but more complicated distribution route for their apps. Although Google Play is the official app store of Google, there are numerous others. Among the most well-known are:

Users can get GetJar UWP apps from the Microsoft Store. Developers submit their apps for review, and once approved, they appear in the Store. See the UWP Publish page for additional information on publishing Windows applications.

At KMS Solutions, we provide enterprises with full-packaged Mobile Application Development Services, or you may find more information about building a Mobile Banking App here.

4 Most Popular Software Development Methodologies for Your Project