Native vs. Web vs. Hybrid Apps: Which Is The Right Option?

It can be challenging to decide the right type of mobile app to build for your company. Which is better: a web app, a native app, or a hybrid app?

The answer to this question is comparative, as it largely relies on your company objectives and requirements. Some elements that you need to consider before determining one type involve:

Nevertheless, answering these questions won’t matter much if you can’t tell the difference between those types of apps.

Thus, we’ll be outlining each mobile app type along with its benefits and drawbacks and what these distinctions mean for the development of your mobile app project.

What are native applications?

When mentioning mobile apps, a branded little icon that resides on the smartphone home screen most likely comes to everybody’s mind.

In fact, most mobile applications that you download from the app store are native apps. They are designed to work on one operating system (OS) using the native language. On iOS, this means Swift or Objective-C, and Java for Android.

As they’re made for specific devices, their navigation is much more intuitive than hybrid or web apps, allowing them to be the ones delivering the best user experience.

Additionally, they make it possible for interaction with a device’s internal hardware and API, permitting your app access to functionalities like the user contact lists, camera(s), GPS, microphone, etc.

Its ability to interact with a device’s operating systems is a huge reason many businesses choose to create native mobile apps. Yet, these native features come with more significant upfront development costs, which can prevent enterprises with limited budgets from building them.

If you plan for your product to run on several devices, higher development costs are certain since you have to develop two separate mobile apps: one for Android's Google Play Store and another for Apple’s App Store.

What are web applications?

A web application can be accessed via a web browser. Different from native applications that need to be downloaded to be used, web apps can adapt to whatever device the user is viewing it on and operate on other internet browsers like Chrome or Safari using Javascript and/or HTML5.

Let’s take Goodreads as an example. 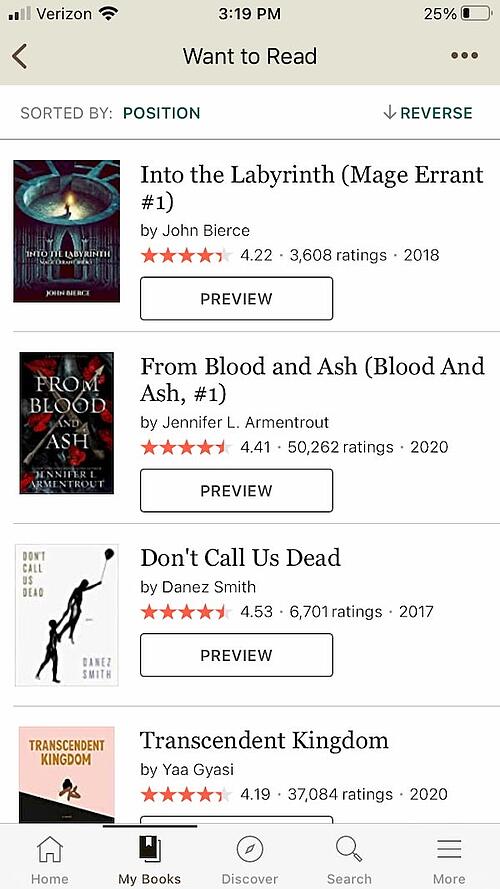 Starting with its native app, we can see that there are buttons for book previews as well as sort and filter options to view these titles. Readers can navigate between the homepage, search feature, and discover pages using a navigation bar at the bottom of the screen. 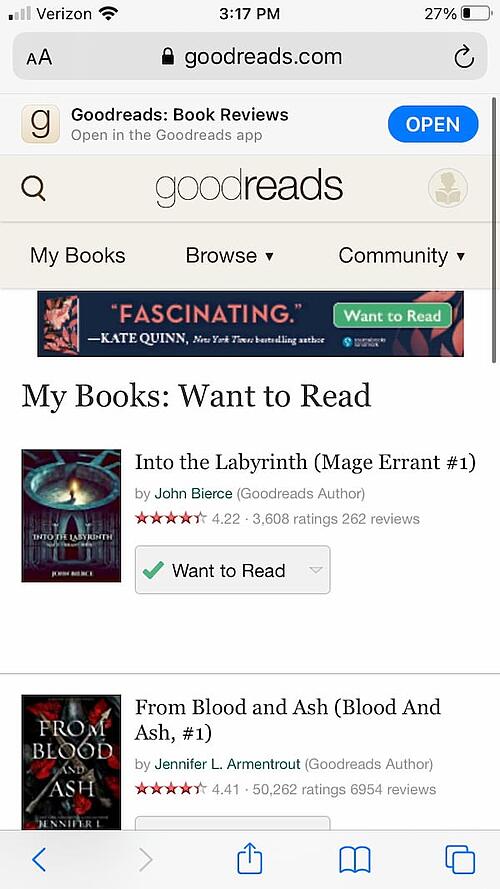 The Goodreads online app differs noticeably in terms of design and functionality from the mobile app despite sharing much of the same color palette, structure, and general appearance.

The web app has no filter or sort options and preview buttons. Moreover, the navigation bar is placed at the top of the screen, with different options than the mobile app.

Additionally, there’s a banner encouraging users to open the Goodreads app that occupies room, allowing for only two book titles to appear on the screen.

Overall, in terms of user experience, the native mobile apps are superior to the web apps. On the other hand, users don’t have to install the web apps in their devices to view the site.

Due to their relative simplicity, web apps have a lower entry barrier than native apps and tend to be cheaper and easier to make. In contrast, they are more likely to be slower and have less user-friendly UI design.

If you want a solution that gets the best of both worlds - advanced features of native apps and no download required of web apps, progressive web apps (PWAs) are worth considering. They’re more or less a website that feels and looks like native apps. They are run by a browser and are usually written in HTML5. Users can access PWAs directly via URL and have the option to add them on the home screen.

However, their compatibility with iOS is quite limited as Apple only supports some PWA’s functionalities. As a result, they don’t have access to vital features such as Face ID, ARKit, Bluetooth, Beacons, etc., which somewhat restrict user experience. As capable as PWAs are compared to web apps, they still fall short of native app performance

What are Hybrid Apps?

Hybrid mobile apps, as the name suggests, incorporate features of both native and web apps. They are created with web technologies but allow access to platform features that a browser can’t provide using framework tools like React Native and container tools like Docker and WebView.

These apps are composed of two components:

Similar to native apps, hybrid apps have to be downloaded from an app store and then operated on mobile devices. The main difference between the two apps is that when downloading hybrid apps, the device generates a native framework instead of installing the complete program. Once users open the hybrid app, this occurs through a browser-like interface - almost like with a web app.

Which type of app is the best choice for your company?

By now, you should have a relatively clear understanding of native, web, hybrid apps and the distinctions between them. Now let’s help you pick the right app for your company project

A native app is best suited if:

A web app is most appropriate if:

A hybrid app is ideal if:

Regardless of which type of app you decide to build, your company should strive to provide the greatest user experience possible. Otherwise, all the effort and money you invest in developing the app would be for nothing if your users find it frustrating to use.

To do so, you would need an experienced development team to assist. With 12+ years of experience in app development, our experts are more than happy to assist you. Contact us now for a free consulting session

Why Banks Need to build a Business Banking App?