How to Build a Minimum Viable Product (MVP)

It was the year 1999. There was a young man who desired a specific pair of shoes. He went to a nearby mall, but was unable to locate the couple. Frustrated, he devised a plan to sell shoes online, and that's how it all began.

The concept of a Minimum Viable Product (MVP) was born.

Instead of undertaking long and costly market research, he created a simple website. Then he went to a shoe store and took images of shoes to post on his website. He bought the shoes from the retailer and mailed them out after receiving the order.

Despite the fact that he lost money on every sale, it was a fantastic method to put a business idea to the test. After determining that clients are eager to buy shoes online, he began to build his concept into a fully operational firm.

This is how Nick Swinmurn founded Zappos, which was later purchased for $1.2 billion by Amazon.

In today's world, Nick's technique is known as MVP Development.

What is the definition of an MVP (Minimum Viable Product)?

An MVP (minimum viable product) is a simple, ready-to-launch version of a product that includes only the most essential elements (which define its value proposition). It is created with the intention of shortening the time to market, recruiting early adopters, and attaining product-market fit right away.

Initial feedback is expected after the MVP is released. Based on this feedback, the company will continue to repair bugs and add new features suggested by the early adopters.

The MVP method enables for the following:

What is the purpose of an MVP?

The purpose of developing an MVP is to quickly launch a product based on a tried and true concept on a tight budget. This strategy allows a business to collect customer input on the first product and incorporate it into subsequent versions. With the help of an MVP, one can find the right audience, generate ideas based on previous experience, and save time.

Building an MVP entails striking the correct balance between what the company has to offer and what people actually require. The MVP's objective is to prove or disprove that the product will solve a user problem. MVPs also help organizations reduce the number of errors they make during the development process. By focusing on certain groups or user categories, an MVP aids in the collection of high-quality feedback.Following that, the actual product is produced with the whole set of features after a number of adjustments and feedback from early users.

What if we ended up making something that no one wanted? What difference did it make if we finished on time and on budget in that case? — Ries, Eric

In today's cutthroat, Darwinian corporate world, getting a product out sooner and on budget is a must for a successful new product development process. The following are some of the advantages of creating an MVP:

An MVP app focuses solely on one concept and does not include any additional functionality. The MVP strategy adheres to the lean startup philosophy of creating the right product with a modest budget in a short period of time. By having only a few of the high-priority, yet important features, the cost of MVP development can be lowered. The MVP then allows for risk-free software testing.

It's a good idea to figure out if a product idea will work before committing the complete product budget.

The MVP allows you to get feedback from potential users and learn what they want to see in the final product.

An MVP can help a corporation figure out whether or not an app is fit for its target market. An MVP should give users a good impression of the company's brand and demonstrate how this product differs from what the competition has to offer.

When development time is cut, app development costs are reduced. The more quickly the mobile app is made available to consumers, the more feedback the organization will receive. This frees them up to concentrate on enhancing their program and releasing a new version as soon as possible.

Another significant benefit of creating an MVP early in the new product development process is that it is cost-effective. Businesses can test their ideas with an MVP before investing their entire budget on things that may or may not succeed.

According to research, the mobile app market rose significantly in 2017.

Because of concerns with their user interface and poor performance, only a small percentage of the apps offered on the Google Play and Apple App Stores are actually downloaded. Designing an MVP is advised since it is a simple method to improve your mobile development strategy.

How do you create a Minimum Viable Product (MVP)?

Startups, for example, may create a free subdomain website with little or no content and call it a startup. They label it a failed MVP when it fails to attract visitors and hunt for a remedy to the so-called MVP problem.

However, the root of the problem is a lack of understanding of the stages involved in the MVP development process. To build a successful MVP, you must follow all of the steps mentioned below:

Ideas don't always meet the market's requirements.A corporation should ensure that the idea fits the demands of the intended users before beginning the MVP development process. This can be done with the use of surveys. After all, the more data a corporation has, the better its chances of success are. Keep an eye on what your competitors are offering and how you may differentiate your product concept..

Read more: How to Develop a Mobile App Strategy [+Tips to Make It Works]

Step 2: Come up with a value addition concept.

What is the new product's added value to its users? What is the benefit to them? Why would people purchase the item? The answers to these questions can aid in determining the app's value proposition.

It should also be obvious what the product's critical estimations are. As the term "minimum viable product" implies, the product must provide value to users in its most basic form. Begin by sketching out the users' requirements and then building the MVP around them.

Design the app in a way that is user-friendly. From the first time a user uses the app until they complete a transaction, such as making a purchase or receiving a delivery, the organization must assess the app from the user's perspective. User flow is also important since it guarantees that nothing is forgotten while keeping the future product and its consumers in mind. 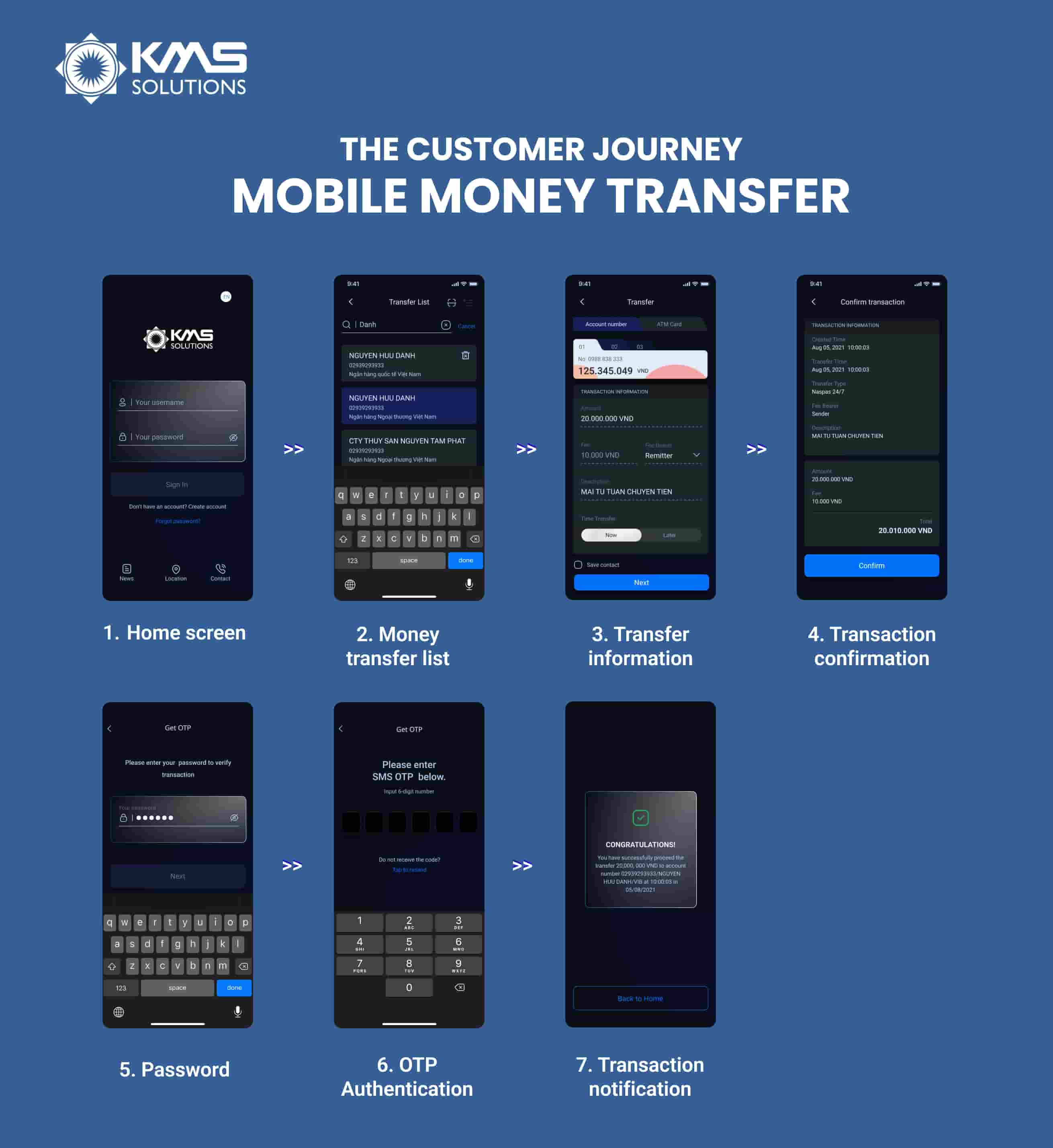 Step 4: Determine which MVP features are most important.

At this point, prioritize all of the features that the MVP will support. Ask yourself, "What do the users want?" to assist you with prioritizing MVP features Is this a product that will benefit them? Etc.

After that, give each of the remaining MVP characteristics a priority: high priority, medium priority, or low priority. Another important step is to organize these features in the product's backlog (priority-wise). It's time to get started on your MVP. If a company wants to see how their future product will look, an MVP prototype can be built.

Here is an example of how you can categorize the features of MVP based on their significance: 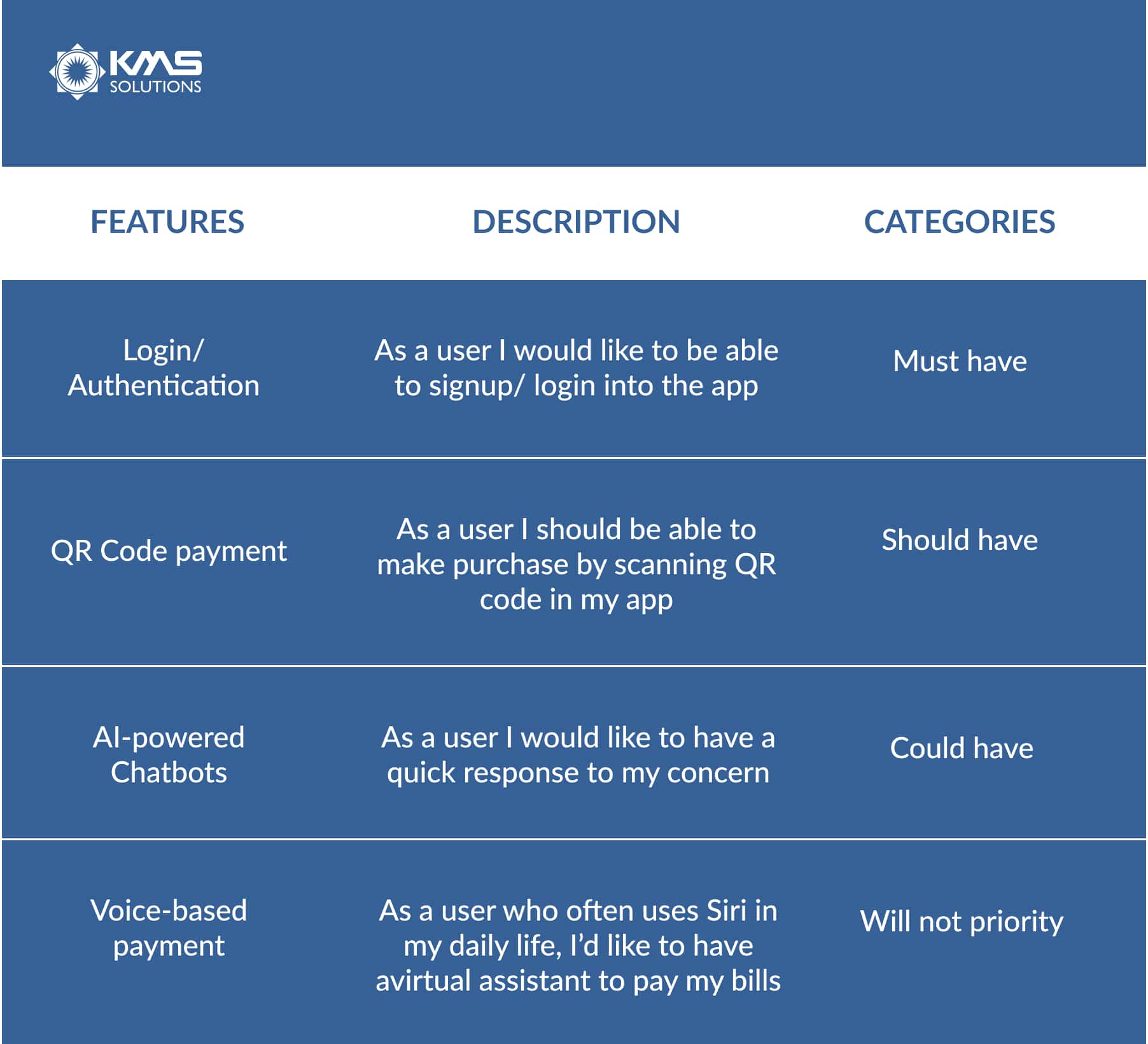 Once a company has agreed on the primary features and learned about market needs, the MVP can be developed. Keep in mind that an MVP isn't a lower-quality version of the final product; it still has to meet the customer's needs. As a result, it must be easy to use, interesting, and appropriate for its intended audience.

Everything follows a sequence: specify the scope of work first, then move the product to the development stage. After the product development phase is completed, the product must be tested. The first testing stage is carried out by Quality Assurance engineers, who work to improve the quality of the product (even if it is not yet launched).

After launching the MVP, go over everything again. That is, the company must get feedback from its customers on the release. They can determine the acceptance and competitiveness of their goods in the market based on their comments.

MVP Software Development: What and How

Bring Your Product to a Higher Level with Product Analytics

The Growth Hacking Guide to Optimize Your Mobile App Development