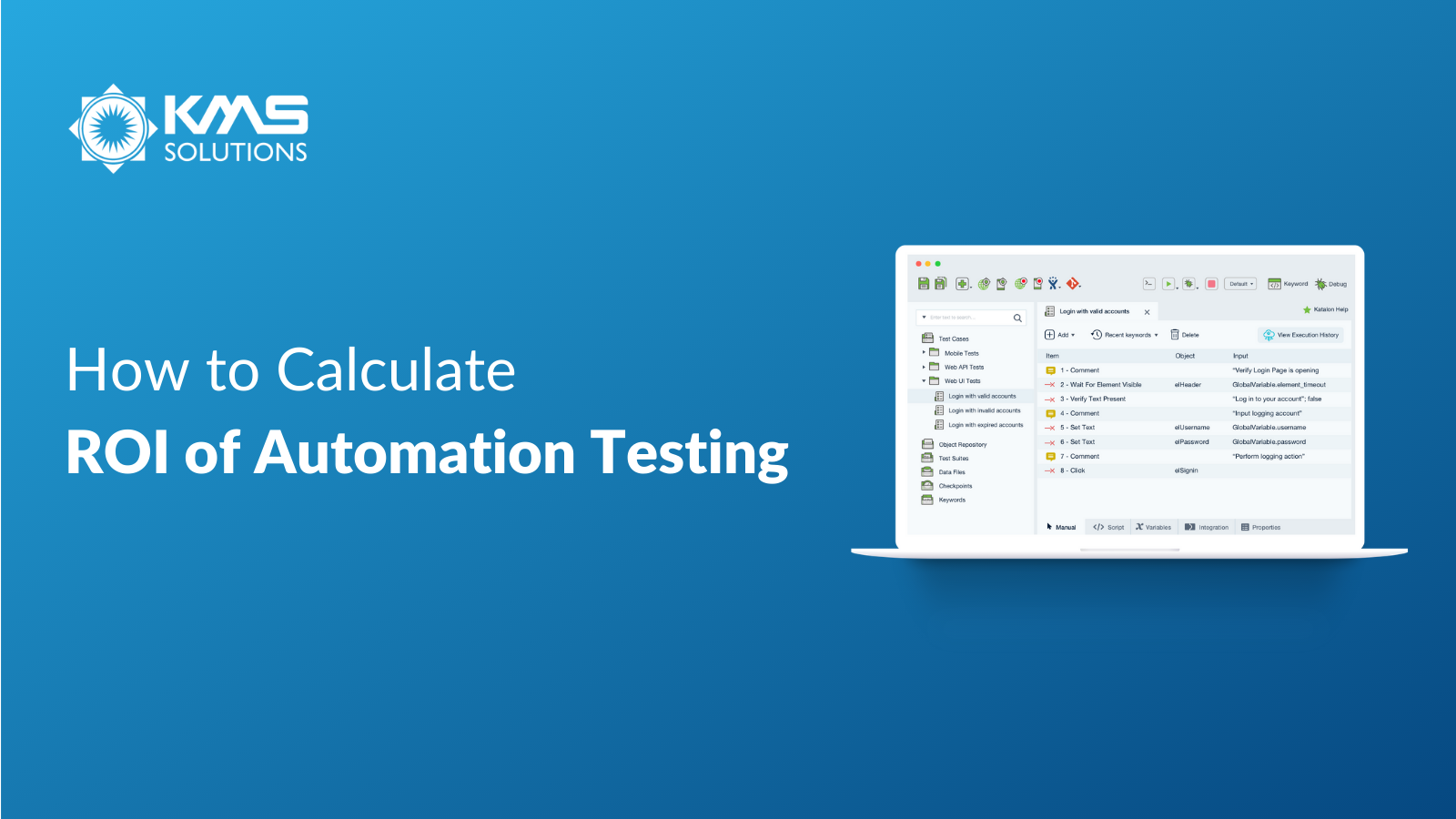 The idea of Automation Testing of course sounds exciting. What could be better than writing a script only once and then re-executing it up to hundreds, even thousands of times?

With Automation Testing, your team can increase test coverage, find bugs earlier, and still be able to use manual testing where it truly delivers values.

But most of the time, that’s just not enough to get everyone to buy into Test Automation. This is especially true for top management and the CFO who would ask for a convincing ROI analysis for such a major investment as Automation Testing.

In the context of Automation Testing, Gain from Investment refers to:

Whereas Cost of Investment is those associated with the tools (Test Automation platforms, Test Management System, or test reporting tool) and resources (man-hours) that go into making Automation Testing work.

To calculate the ROI of Automation Testing, there are some key input parameters you want to put into consideration.

Example of ROI of Test Automation

All the investments, costs, and savings of a real Automation Testing project are presented in what follows.

The table below illustrates the investment of a real Automation Testing project:

Then we compare that to the efforts going into Manual Testing, and how much the team saved using Automation Testing.

There are areas where test automation costs more than automation testing such as Test Design and Reporting, and those where Manual Testing costs none while Automation Testing incurs new efforts, such as Initial Setup & Management and Testing Initiation.

The graph and chart below illustrate some interesting facts about Test Automation. In about the first 10 months of starting, Automation Testing costs way more than Manual Testing. But after this period, Automation Testing starts to show its potential, where the efforts and money saved skyrocketing.

How to Maximize ROI of Automation Testing

There are 3 areas - criteria to consider: Test Coverage, Speed of Test, and Cost Savings.

Key metrics to consider include Quantity and Quality of tests

You can analyze product quality using specialized tools such as SonarQube.

Key metrics to consider include Speed and Stability of Execution, and Test Redundancy and Reusability.

Key Costs include Cost of Lab, Cost of Tool/Framework/Staff, and Cost of Defects and Delays

Cost of Defects and Delays:

If you want to learn more about Software Testing and how it can help you accelerate your Digital Transformation, subscribe to our newsletter.