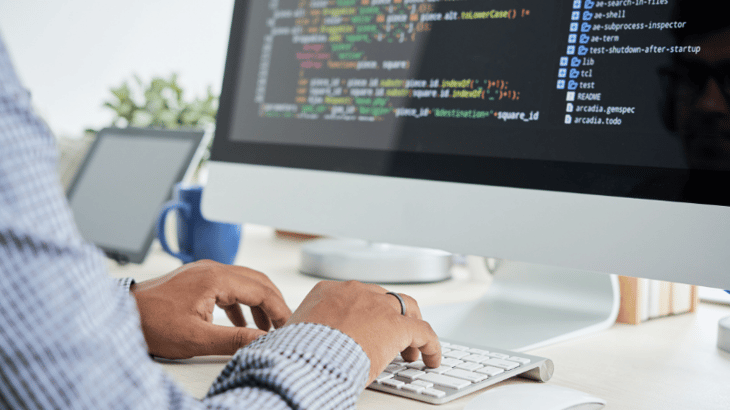 Test automation is the process of automating various parts of new software development to reduce as much human involvement as possible. Basically, test automation makes sure most software testing activities can be performed without so many humans devoting so many hours to repetitive tests.

96.5% of QA professionals considered functional testing automation and scripting as important or very important, according to the 2020 State of Testing Survey.

Now, let’s get to know what an automation testing tool is, as well as what it can do, its benefits, and more.

What Are Automation Testing Tools?

An automation testing tool is a type of software that allows you to design testing tasks and then it can automate the execution of those tests for you. In the best case scenario, this execution can happen with little to no human intervention.

But test automation tools can do much more than that. Let’s discover why more and more teams have started to adopted automated testing tool.

Automated testing offers many benefits over manual testing. Here are cases that are ideal for automation testing tool:

It’s true that humans can carry out these tasks. But they are rather complex and competitive, which makes them prone to errors. For example, testing a new app in another language is vulnerable to mistakes, especially for those apps that are large and complex. In cases like this, it’s advisable to leave testing to automation tools.

Nevertheless, there are some cases in which manual testing is better. They are:

In the above cases, it’s better to have human professionals handle the tests. For example, a newly created feature should be tested manually to make sure that it works as expected. After you have verified this, you can use an automation testing tool for those tests.

When automation testing tools are used properly, you would reap numerous benefits in terms of:

Now that we have discussed when to use an automation tool and why you should, let’s learn how to choose the right tool for your needs.

The next step is to choose a framework to structure the testing process once you've determined what kind of automated testing you'll need to perform.

The primary advantage of doing so is that it standardizes the testing process, giving it a framework so that everyone working on the project who uses automated testing is on the same page.

The following are some of the most common test automation frameworks:

This type is also known as "Record and Playback." For each test case, testers write a test script. It's a fairly simple technique that's better suited to a small team with little test automation experience.

Each test case is divided into discrete, self-contained modules using this approach. Each one has a unique scenario, but the framework's single master script manages them all. This method is incredibly efficient, but it requires a lot of planning and is best utilized by testers who are familiar with automation testing technologies.

These routines are then saved in a library and can be used fast when needed. This framework is quite adaptable, but writing scripts takes time, therefore prior familiarity with automated testing is advantageous.

There are a plethora of automation testing options available. What you're working on and what you need the tool to achieve will determine which one is best for you.

1. Mabl – For integrating testing into current workflows, Mabl is the best option.

Throughout the testing cycle, visualize tests and changes side by side.

Mabl is well-suited for end-to-end testing cycles since it allows users to write and perform tests. This solution makes use of a cloud-native testing platform that allows team members to collaborate on automated tests while also keeping track of issues.

Mabl collects data while the automated tests run, and its sophisticated AI delivers insights into any test failures, responding to changes in the software's progress.

2. Avo Assure – For no-code test automation, this is the best option.

Avo Assure allows you to execute end-to-end automated tests across a variety of platforms, including online, mobile, ERP, mainframes, and desktop.

Avo Assure is a no-code test automation solution that allows you to test complicated business processes without having to write any code. It supports over 200 technologies, allowing you to test web, desktop, mobile, mainframes, Oracle, and SAP applications.

Avo Assure has a keyword library of over 1500 keywords for creating test cases and allows you to run them on demand or on a schedule.

With TestRigor, you may check, amend, or re-test your test cases as needed.

When it comes to the new wave of AI-based automation solutions, TestRigor stands out. The tests are written in plain English, with items referred to from a human standpoint. You can forget about Xpaths, CSS Selectors, and other such things since testRigor analyzes all potential settings in the background and uses the most optimal ones, resulting in ultra-reliable tests.

Web, mobile browsers, and mobile apps, as well as APIs, are all supported by testRigor, allowing for functional end-to-end testing. They also support multiple browsers and platforms.

Test maintenance is drastically reduced with testRigor, with users spending an average of 95% less time on it. Instead of wasting time on maintenance, create new tests quickly and expand test coverage.

testRigor makes it simple to convert current human test cases into automated tests, and users may even write and change their own terminology if they want to.

Pricing starts at $300 per month and can be customized to meet your unique requirements. There is a 14-day free trial that does not demand credit card information up front.

4. Selenium – For testing web-based apps, Selenium is the best option.

Selenium is a web application testing framework that works with a range of programming languages.

Selenium is one of the most widely used automation testing tools, and it is designed only for web applications. It provides bug reproduction and regression testing automation suites, as well as the ability to test across several browsers.

This tool appeals to me because it supports a variety of programming languages, including Python, Java, and C#. It's also open source and free to use, making it incredibly cost-effective without sacrificing functionality.

Squish is a leader in graphical user interface testing, and it has a lot of cool features. It can automate Windows, web, Android, iOS, and Java, and it works across platforms and is incredibly adaptable. It also supports a variety of programming languages, including Ruby, JavaScript, Python, and Perl.

In order to conduct exams, Testim use artificial intelligence.

The thing I appreciate best about Testim is that it is useful for both novice and experienced users. It supports both written and non-coded automated testing, and it use artificial intelligence to conduct tests across browsers, increase robustness, and provide reports.

If you're searching for a complete test solution that spans desktop, online, and mobile applications, Katalon is a fantastic option. It makes it easier for testers to produce, run, and manage reports by utilizing open-source frameworks that remove some complications.

This test automation tool works with most devices and browsers and is compatible with numerous operating systems, including Windows, iOS, and Linux. It also integrates with Cucumber, a behavior-driven development tool that lets you write tests in plain English.

It's also growing, with new partnerships and features being added on a regular basis. Although the lessons aren't outstanding, there is a vibrant community forum where you can generally obtain assistance.

QA is moving toward automated testing so that teams may devote more efforts to more complex and time-consuming projects.

It's feasible to eliminate some—or all— of the grunt labor associated with repetitive or extensive testing with the help of automation testing technologies.

At KMS Solutions, we provide world-class automation testing services and Katalon licenses to help enterprises accelerate their software testing lifecycle. Contact us for a demo today.

How Automation Testing Fits in the Agile World?