How your Business can start Automation Testing from scratch

Testing is an essential stage in any software development life cycle, especially to ensure product quality. So every business developing software products must have tests in place.

Some companies still prefer manual testing, although that’s not the best approach. Meanwhile, many companies are turning to test automation to save time and cost, but not all of them succeed.

In this post, we will analyze the key factors needed to create a successful test automation framework from scratch.

Test automation has many benefits for app development cycles as it helps us build better apps with less effort.

Test automation allows the same tests to be repeated automatically. Running tests like regression tests manually is a waste of time and effort as they are executed over and over to guarantee quality.

Test automation can save lots of time to test products since it runs more rapidly and proficiently. Many organizations actually run just manual tests as they are currently mindful of how to appropriately coordinate automated testing in their application development process.

Why Automation Testing is important:

- Save Time and Money

Moreover, you can automatically execute the tests on each commit in a constantly changing codebase. You won't have to remember how to execute each test or repeat manual processes such as setting up the environment. Everything is carried out automatically.

Once the setup is in place, automated tests can be repeatedly run, which cuts the time to execute repetitive manual tests from weeks to hours. This time-saving will lead to cost-cutting.

This is one other major benefit of automated testing. With automation testing, QAs can perform a much larger number of test cases. More tests are performed after each test cycle to ensure that all requirements and features are covered.

Manual testing is prone to errors due to the number of essentials associated with running each test. Additionally, each test might require an alternative execution grouping.

After all, manual testers are humans, therefore mistakes are inevitable. This might bring about incorrect outcomes being proliferated to the development team.

Automated tests repeat the same steps with consistent accuracy every time. The results are for the most part made accessible to everyone worried at all conceivable measures of time.

Yet another aspect of reliability is to re-execute similar tests on various servers. This allows the team to rapidly check whether the tests are running as expected on all servers, which subsequently prevents the possibility of server configuration issues.

A Step-by-Step Guide to Automation Testing 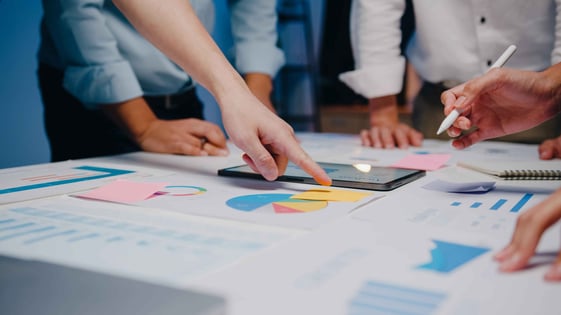 1. Defining the Scope of Automation

Below are some factors to consider to help identify which manual tests should be automated.

Despite these benefits, test automation is not suitable for all projects. While automation has benefitted many QA teams, it has also cost other businesses time, effort, and money to use automation solutions.

The key to successful automation testing is finding a suitable tool that has diverse purposes and objectives. Initially, this approach will take time and effort, but in the long run, it will be necessary for your team to automate testing effectively.

In general, all available test automation tools may be classified into three kinds, as shown below.

After identifying your goal and which sorts of tests to automate, you should decide what actions your automated tests will perform. Planning, design, and development include:

This phase manages the execution of automation testing scripts, such as scripts run with the assistance of the input test data. Once executed, the detailed test report is generated; which identifies any faults or failures so that they may be fixed sooner and the tests can run smoothly.

See more: How to choose Test Cases for Automation and Automation Testing Strategy: A Checklist.

Test Automation is now widespread across industries, be it Retail, eCommerce, Banking, or Insurance. By having ideal tools and a well-designed automation testing strategy, you can dramatically speed up your software development lifecycle while expanding test coverage.

Is your QA team facing these Automation Testing Challenges?