An Introduction to Automation Testing 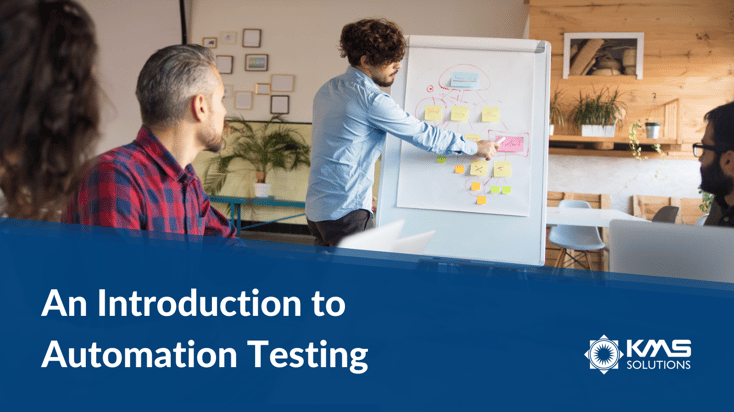 In the sphere of software testing, there are two basic approaches: Manual testing and automation testing. Basically, both of them serve the same purpose: running test cases and comparing the actual result with the expected outcome. But the difference between them is straightforward.

In this article, we will give an overview of automation testing and everything you need to know before your team switches to this approach.

What is automation testing?

Automation testing refers to the use of specialized tools to execute test cases automatically.

Imagine this, in manual testing, a human would sit in front of the computer and execute each test step until he gets tired and goes home. On the contrary, in automation testing, testers write codes and use tools to automate and control the execution of test cases. And yes, with automation testing, teams can run test cases unattended overnight without the need of any human interaction.

Throughout the world, businesses are applying automation testing to free up more time and effort in their testing process. With this automated testing approach, not only can you speed up your software testing, but the entire software development lifecycle will also be accelerated.

Moreover, Automation Testing is not about replacing human testers. Instead, it is about helping teams use their available resources smarter and thus achieve their goals faster. What’s more important? Not every test case should be automated. Let’s say you need to test something immediately and you’re sure that you won’t test it again, will you waste your time writing an automated script for it?

Thanks to automation testing, testers can be spared of all the boring, time-wasting, and repetitive tasks. Thus, they can focus on more valuable and strategic works such as designing test cases or writing high-quality automated scripts.

So now you have had an overall understanding of automation testing, let’s take a look at some of its benefit

Most of the time, automated testing is perceived as costlier than manual testing due to the cost of tools, implementation, and even training for inexperienced testers. However, when time goes, the cost of testing your software manually will rise accordingly. While the initial setup cost of automation testing may be intimidating at first, it is in fact cheaper in the long run. This is because once created, a test script can be reused without incurring any costs. Test automation can pay off extremely quickly.

With automation testing, you can complete automated tests faster and run them repeatedly. You just need a few hours, instead of weeks, to execute all the tests once again.

With regard to development and delivery, automation testing provides you with benefits such as:

Once run, automated tests don’t require any more manual intervention. This means that you can automatically run your tests during night time, take a long rest, and see the result the next morning. Now that your team can spend less time on manual testing and more on other tasks of higher value, their productivity will rise.

Inevitably, a human tester can make a number of mistakes during test execution, but your automation tool won’t. Therefore, by minimizing human intervention and human errors, automation testing is more accurate than manual testing. The result is that you will have a higher chance of error-free release.

Automation testing lets you execute a multitude of automated test cases simultaneously. Moreover, you can also test the software on several devices and platforms at once. To further enhance test parallelism and concurrency, there is the cloud-based device farm, where you can utilize all the variants of OS and hardware configurations.

One more point is that you can generate test cases more rapidly with automation testing, even the complex and lengthy cases.

Instant feedback is another benefit of automation testing. Thanks to the fast speed of execution, test reports are generated instantly to cope with failures whenever they occur. In case that you have already released your product to the market, instant feedback is even more useful. It helps your team quickly respond and make appropriate updates to the products.

If you are planning to apply Continuous Delivery and DevOps, automation testing is key. Within the CI/CD pipeline, there is a need to quickly and efficiently test every source code, which requires the repeatability and accuracy of automation testing. Therefore, you will find it way easier to switch to CI/CD and DevOps if you already have Automation Testing in place.

When do you need automation testing?

Certain test cases pose serious risks in terms of costs, customer satisfaction, and user experience. Failing to cover these risky test cases will negatively impact your product and business. Even if your testing process is handled by the most experienced of manual testers, there would always be room for errors. Therefore, when it comes to risk-based testing, automation testing is viewed as a better and safer alternative. It ensures that the new features won’t disrupt the current ones. That’s why smoke tests, sanity tests, and regression tests are perfect for automation testing, especially if you need to test them across versions and releases of the application.

You are wasting your time and money if you write scripts for test cases that only need to be run once. Why? Because Automation Testing is best suited for executing time-consuming test scripts that you need to repeat over and over again. In addition, you also want to consider automation testing for cross-browsers or platforms testing, and batch testing that needs to be run overnight.

Automation Testing is highly recommended for test cases that have determinant outcomes. This means that the test results are moderately predictable outcomes, which your test script cannot fail to catch. For that reason, stress tests and load tests are ideal candidates for automation.

Automation testing is not limited to automating test cases. You can also automate other jobs like setting up test data and test environments. Certain tools also let you generate scripts even before the code is written by first defining the necessary functionalities.

You cannot automate tasks that require human creativity and sensitivity. Even though testing tools are continuously innovated, they are still far from being able to determine user behavior and user impression on your product. This is why you still need experienced testers to manually carry out usability testing, beta testing, and A/B testing.

The step by step guide to automation testing

Regardless of the type of automation tool you are using, there is one process to follow.

Define the scope of automation

In this first step, you will identify the areas of the AUT that you will automate. Here you need to make sure you have a big picture of your team’s test state, test data, and the test environment. To determine your scope, here are some factors to take into account:

Now that you have determined the scope for automation, the next step is to choose a suitable test automation tool. While there is a wide range of tools available in the market, you want to opt for the one that can fit your team and meet your test requirements. Because each tool or framework serves a different demand, you should build a broad understanding of multiple types of testing tools.

What you need at this stage are an automation strategy and automation plan. In these two documents, you want to include the following items:

Now that everything has been planned and considered, it’s time to write high-quality scripts and run the tests automatically. You can automate your tests either by running the code directly or by calling an application’s API. Once test execution is finished, the tool should provide a consolidated test report that summarizes the testing process.

You need effective test maintenance in order to enrich your library of reusable test scripts. Even after you have scripted and run your automated tests, you still need to update them in case there are changes to the application the next time you execute.

If you want to learn more about Automation Testing and how it can accelerate your Software Development Lifecycle, subscribe to our blogs.